Our feature story in the May 2018 edition of the Monthly Policy Review builds on our coverage of how Sweden is looking to become the first fossil free welfare state.

In 2016, Mundus observed that Sweden stood at the edge of the cliff, and that it was about to jump. Since then, we have remained perplexed at how such a fundamental change to the economy and society continued to attract so little airtime, both in the media, and social discourse. Now with the next election looming we have been in near disbelief at the sight of Sweden’s political and industrial elite willing themselves to perform death-defying economic feats while the rest of the country struggles to cover a yawn. But finally, the edifice has started to crack, and climate change has been made an election issue, although only a peripheral one, as S and M agree on more than they disagree.

The government was first to move, with its Fossil Free Sweden initiative reporting basic industries’ roadmaps for how they plan to become fossil free. The roadmaps, presented at a 3-hour long press conference on April 25, describe how each sector can increase its’ competitiveness by phasing out fossil fuels. They also identify political obstacles and propose solutions.

Then on 4 May, Moderate Party Leader, Ulf Kristersson, pledged that a new Alliance government will have climate policy high up on its agenda. Aftonbladet reported that Kristersson wants to concentrate domestic climate policies on decreasing emissions from within basic industries. In a speech at the Stockholm School of Economics, Kristersson admitted that M had spoken too little about global warming, and promised to put “climate policy high on the agenda”. Kristersson conceded that the Greens have had the right focus, but objected to their remedies. Solutions should be cost effective and rely more on market forces.

So, both sides of politics go to the polls promising to transform Sweden’s basic industry into “a permanent world exhibition for climate-smart technology”.  What does this mean? Read our industry summary in the May Monthly Policy Review.

Where the Moderates disagree with the Social Democrats is on policies for the transport sector. As we suspected, they are grabbing the low hanging fruit and will attack the Government’s policies where they are vulnerable, with fuel prices forecast to skyrocket further, prior to the election. Market forces will evidently only be allowed to roam freely where they don’t cost votes …

Mundus International has a wide range of products and offers subscriptions to corporates, embassies & NGOs and to private individuals. 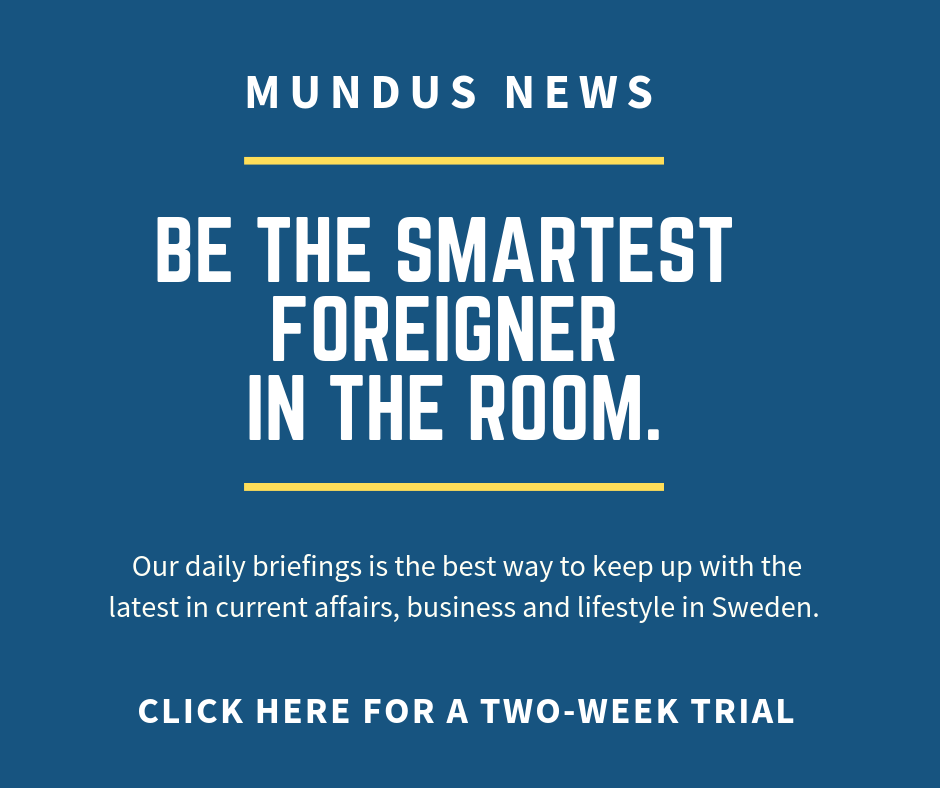