Since COP25 in Madrid, much has happened in Sweden’s climate policy. However, other events, in particular, the corona crisis have almost completely obscured these outcomes. Here, Mundus looks at the Löfven Government’s first Climate Action Plan, and what the Climate Policy Council had to say about it.

Long-term readers of the Monthly Policy Review will know that Mundus has been tracking the development of Sweden’s climate policy for several years. Sweden has earned a reputation for delivering economic growth while maintaining strong climate (and other environmental) outcomes. In 2016, we reported on the Environmental Objectives Committee (Miljömålsberedningen), observing the dichotomy that while policy makers seemed to be preparing to make startling commitments, the general public seemed disinterested. Nonetheless, the Committee’s recommendations entered into law in January, 2018. The Climate Act created the long-term targets of Swedish emissions being 63 per cent lower by 2030 and 75 percent lower by 2040. Emissions from domestic transport were to be radically reduced in the near term – down 70 per cent by 2030. The Climate Act required the government to present a Climate Action Plan for its four year term of office, and created a Climate Policy Council to review the Sweden’s climate policies. 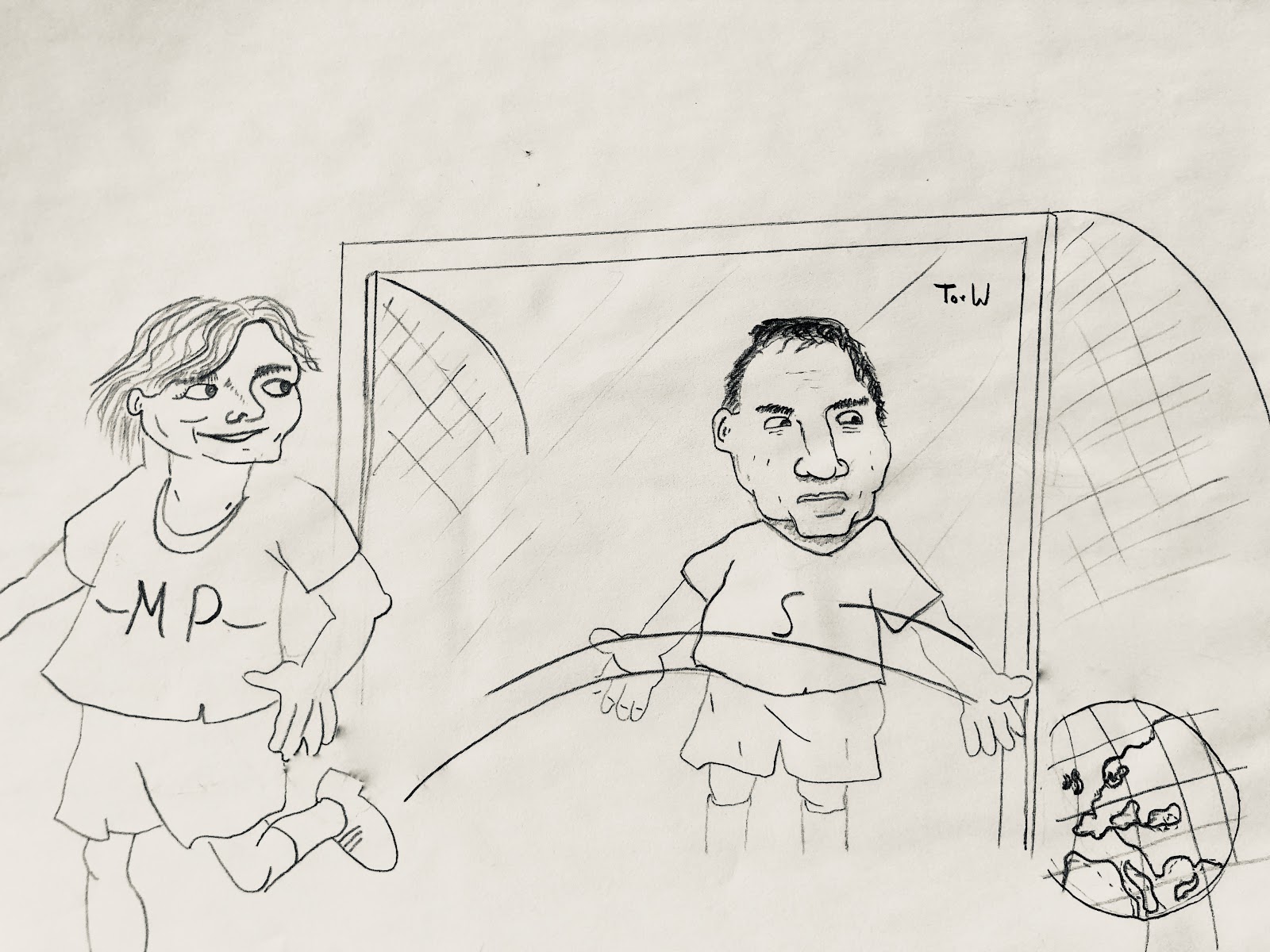 On 17 December, 2018, two days after the eventual end of the Madrid climate negotiations, Isabella Lövin presented the government’s plans. The plan consisted of 132 individual actions, with around one third of these being new. Lövin described her plan as “by far the most ambitious and comprehensive action plan that has been developed for an entire country.” Lövin observed that an essential part of the plan was for climate policy to be integrated into all relevant policy areas, emphasising that the Minister of the Environment cannot alone ensure that Sweden’s climate goals were achieved, but that the whole of society must cooperate.

Given the details of the announcement were fragmented, and frequently too technical in nature to communicate easily, Lövin chose to focus on the higher level messages. These included cross-cutting and holistic investigation into legislation and regulations, to ensure consistency with climate goals. In addition, the society goals would also be tested for consistency with climate goals. Other talking points included initiatives to drive change via public procurement, policies to address consumption-based emissions and the circular economy, and that delivery would be executed via municipalities and regions.

As a full discussion of the 132 points is beyond the scope of this policy review, we have translated and summarised the most important of these in the Appendix. Many of these points will be relevant to other countries seeking to learn from, or cooperate with Sweden in international fora.

The Climate Action Plan was released immediately prior to Christmas, and was therefore somewhat buried by the season. However, a number of stakeholders did provide comments. Mattias Goldmann, one of Sweden’s better known environmental commentators, through his work leading Fores, a green/liberal think tank, said that the biggest weakness with the plan was that the government had “no idea whether this is enough to achieve the climate goals,” which would require a quadrupling of reductions to meet the 2030 and 2045 targets. While hailing a number of the individual points, he complained that there was no cost assessment of the measures, and concluded that the government’s self-praise that “Sweden now continues to take the leader’s shirt globally”, must be treated skeptically. Other environmental campaigners, such as Greenpeace and WWF were muted in their applause, suggesting the leader’s shirt may not be so easy to maintain. But Lövin was probably prepared for this. Asked whether Greta Thunberg would be satisfied, she replied, “I don’t think so, but when reading the plan, I think she and the climate movement can find things they are happy with.”

It is less clear if Lövin would have expected the stinging criticism from the Climate Policy Council (Klimatpolitiskarådet), which published its first assessment of the government’s Action Plan on March 12. This gave Swedes their first scientific assessment of just how hard it would be to deliver the Sweden’s climate policy.

The eight members of the Swedish Climate Policy Council were chosen by the Government in 2017 for their scientific competence in climate, climate policy, economics and social science. As an independent body, made up of leading academics, they have considerable ability to express themselves forcefully. In its introduction, the Council warmed up, observing that Sweden’s emissions reductions had slowed, when they instead needed to increase. Quickly the report got to its bottom line conclusion that the climate targets beyond 2020 will not be achieved given the current conditions and existing policies (in particular, the Climate Action Plan). Furthermore, the Council castigated the government for failing to meet the Climate Act, in providing measures without an assessment of their climate impact. The Council was also unimpressed by what it described as “diffuse measures” and the lack of a timetable. The Council declared itself to be “surprised” by the fact that few of the measures announced would lead to any concrete emission reductions over the four years of the plan.

The government’s climate governance was criticised from the top down, with weaknesses identified in the Government’s organisation, processes and leadership. A key concern was the structure of governance, where the action plan was the responsibility of the Environment Ministry, whilst delivery was to be through other ministries, which made prioritisation and managing of conflicts problematic. Another area that the Council was surprised by were the roadmaps produced by Fossil Free Sweden (see the May 2018 edition of the Monthly Policy Review). Considerable time and effort went into the preparation of these plans, mainly from the industries themselves. The Council wanted to see this thinking brought into the government’s work.

The council provided specific advance on a number of sectors;

The Council saw a significant risk that a lack of adequate policy development for transport efficiency, bioenergy and electrification meant that Sweden will be forced into importing most of its biofuels to support the fossil fuel reduction obligation (reduktionsplikt). To address this the Council wanted to see an urgent timetable for more rapid electrification and for domestic production of biofuels, and an immediate start to developing a new road traffic tax.

The Council welcomed the Government’s emphasis on strengthening the EU ETS as the primary instrument for reducing industry emissions. However, it saw the need for additional instruments to stimulate technological development and innovation. To this end, the roadmaps developed under the Fossil Free Sweden initiative could play a fundamental role.

The action plan contained insufficient proposals for addressing the climate transition of agriculture. The Council wanted to see a clearer plan to fully phase out fossil fuels and substantially reduce other greenhouse gas emissions from agriculture.

Commentators had little doubt that the report was strongly critical of the government and Sweden’s climate policy. One neat soundbite delivered by Johan Kuylenstierna, Vice Chairman of the Climate Policy Council, was that “the plan wasn’t a plan.” Mette Kahlin McVeigh, Head of the Climate Program at Fores, said that the report delivered blow after blow against the government. “Worse grades than this can hardly be obtained.” Fores believes that the Climate Policy Council’s report is a correct assessment of today’s climate policy.”

The political response was to perform a mea culpa. Isabella Lövin described the assessment as harsh, but fair;

“We have now succeeded in developing a very broad plan of action that goes far beyond the points of the January Agreement on climate and the environment. There simply has not been time to thoroughly assess all the proposals. According to the Constitution, one must do so before submitting a proposal, so we will return to Parliament.”

Isabella Lövin (MP), Minister for the Environment and Climate

And Ibrahim Baylan, the Minister for Business, Industry and Innovation explained the failure thus:

“It has traditionally been so. I myself have been sitting on the Environment and the Ministry of Energy. But I think we now have a development where several more ministries, including my own Ministry of Industry, are involved in this work. We work more and more together, but since they do not think it is enough, then we have to speed up that work further.”

It is odd that the Löfven Government would push through the Climate Law, only to fail to meet its own requirements at the first hurdle. In addition to the domestic political embarrassment it could also have international reputational consequences for Sweden. Mundus discussed this with several stakeholders to develop a better understanding of what had happened.

One issue raised by Rickard Nordin, the Centre Party’s Climate and Energy spokesperson, was that the heavy expectations placed on the Climate Action Plan revealed an ignorance of the processes of government in Sweden. The Finance Department and the budget process have a pre-eminent place at the heart of policy making. Decisions made outside of this are unfunded, and can not be considered firm. Hence, the Action Plan prepared by the Environment Ministry could only be presented in its existing form, as a task list, rather than an action plan.

Another complicating factor mentioned by Nordin was the last election result. Not only did this result in a very protracted government formation process, but the eventual outcome of the January Agreement, with a minority government led by the Social Democrats and their more radical Green partners required support from C and L who sat outside of the government. As Minister Baylan indicated, the entire structure of the government is cumbersome, when it comes to broad policy change. Policies may be developed, but this takes time. First political decisions need to be taken between the government parties, who need to negotiate these with the support parties. Then, detailed policies need to be developed by the ministries, who need to cooperate with other ministries to develop them. And finally, the Riksdag has an important role in evaluating and agreeing to legislation. On this, all parties would seem to agree with the Climate Policy Council that the governance is deficient. Although this may be the explanation, as there are no apparent efforts to change this, one could expect that this will remain a challenge for Swedish climate policy development.

Another comment provided by an informed observer was about the political decision-making process in Sweden, which likes to come to a consensus on reaching ambitious goals, but is not so good at thinking through what the actions are to underpin them. This bias to be progressive can cause challenges when the reforms require significant change amongst a conservative population. Mundus finds much to agree with in this perspective.

These challenges are not going to go away. Sweden’s lagom culture will remain, and the political landscape is unwieldy. Nonetheless, the observer did feel that the political class in Sweden had taken the Climate Policy Council report as a wake up call, and that the reaction was already that more needed to be done. The Climate Action Plan could therefore be seen as a floor, rather the ceiling of Sweden’s climate ambition. And with the coronavirus crisis demanding some sort of radical Swedish action plan to reboot the economy, climate action and investment might be part of the solution to that very different challenge.

Note: This is a shortened version of the original. Footnotes and charts are also only available in the subscriber version.